Correlation of Micro Minerals in Primary Hair-Plasma of Dogs 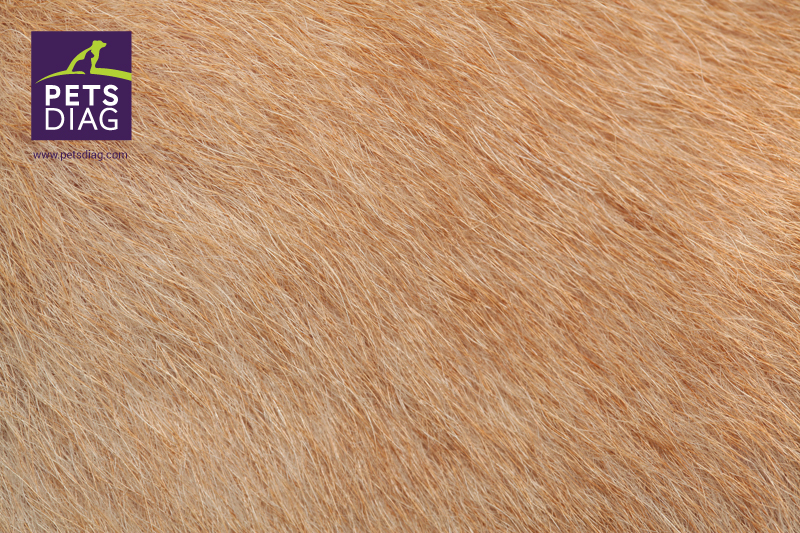 Hair can be easily collected, stored and have several characteristics suggesting that it may be useful biopsy materials. The mineral contents of the primary hair give an overview of the mineral levels in the body’s tissues and the changes that occur over time. It was estimated, including on the basis of studies in the following article, that related to the correlation of micronutrients, such as copper (Cu) and zinc (Zn) in the hair coat and plasma of the spitzs and labradors.

The hair is a slender thread like outgrowth of the epidermis of an animal and thus represents spillover from what is in the body. Each hair follicle is a miniature organ with smooth muscle, apocrine and sebaceous sweat glands, nerves and a rich plexus of blood vessels. Many authors demonstrated the presence of correlation between the levels of principal elements in hair and their content in the body, both at the physiological equilibrium and during pathological disturbances.

Trace elements accumulate in the body over given periods of time thus reflecting the biomedical and environmental history of the body as well as long term metabolic changes. Chemical composition of hair reflects the maintenance system, nutritional level and also the level of environmental pollutants.

During the process of mitosis, differentiation, maturation and melanin synthesis, macro and micro-elements enter the newly formed hair cells. Also the hair shaft is continuously exposed to trace elements of endogenous origin through contact with secretions from sebaceous and apocrine glands that bathe the hair as it emerges through the epidermis.

In general, dogs have two main types of hair in their coats. There are short fluffy hairs called secondary hairs or under fur/ undercoat. The second type of hair is the longer and stiffer called primary or guard or outer hairs. Dogs also have a third type of hair i.e. the whisker. Though, hair is most non-invasive biological sample available for evaluation of body health in both animal and human Alice. (…)The purpose of the described studies was checking the possibility of determining the degree of mineral nutrition of the whole organism on the basis of the elemental profil of the dog’s coat.

The biological samples were collected from reported disease free twenty adult dogs equally represented by two most common pet breed reporting to Referral polyclinic of IVRI, Izatnagar i.e. Pomeranian and Labrador retriever for annual vaccination. Biological samples included plasma, and composite hair samples collected from head, chest upper and lower part of forelimb and hind limb, abdomen, upper and lower sides of the tail and around the base of tail in a self sealing polyethylene bags. Micro-mineral estimation was done after calibration and standards run using atomic absorption spectrophotometer (….).

Hair is a metabolically inactive tissue and its composition reflects levels of trace elements that accumulate in the body. Levels of some trace elements in hair may be correlated with dietary intake or mineral status of animals. If a dog’s hair analysis shows a deficiency or an excess of a metal, then this reflects a deficiency or excess within their body.

Copper (Cu) is an essential trace element for all organisms, due to its functions as a co-factor in many enzymes. The cuproenzymes like lysyl oxidase is necessary for molecular cross linking in collagen and elastin. Level of Cu in hair is a sensitive index of Cu status when liver Cu reserves are < 20 μg/g. Clinical signs of Cu deficiency in dogs include hair depigmentation and hyperextension of the distal fore-limbs.

It has been demonstrated that the concentration of Zn in hair is correlated with dietary zinc intake. Zn is known to be an essential component for hair growth and other epidermal tissue. More hair growth with high zinc content in dogs, upon supplementation with zinc is reported. In ruminants like cattle and goats the concentration of Zn in hair more consistently reflect dietary Zn intake than Zn in other tissues. The clinical signs of Zn deficiency have been described as alopecia, dull, coarse hair coat, and focal erythmia encircling the eyes, ears, nose, mouth and pressure points. (…).

Determination of certain elements in hair may be useful for long term monitoring of mineral status of Animals. The result presented suggests that the level of Cu and Zn in hair may be used to predict their respective plasma level in Pomeranian and Labrador breed dogs.